Why does an import skip some of my contacts?

Sometimes, following an import, you might see a message saying that not all of your contacts were imported, followed by a reason why.

1. Your contacts were ignored.

In this LinkedIn import, you can see the message “Out of your 61 contacts 59 were added, 2 were ignored.” 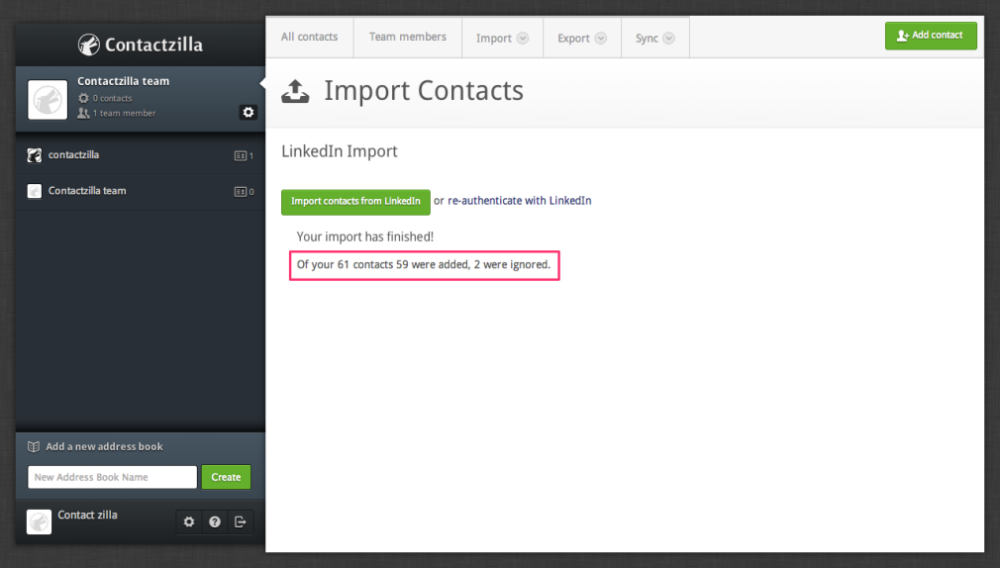 These contacts have been imported with no first name, second name, nickname or company name. The reason these are ignored it to prevent your address book from filling up with isolated email addresses and empty contacts.

On this FreeAgent import, you can see the message “Of your 134 contacts 127 were imported, 7 were updated/merged”. 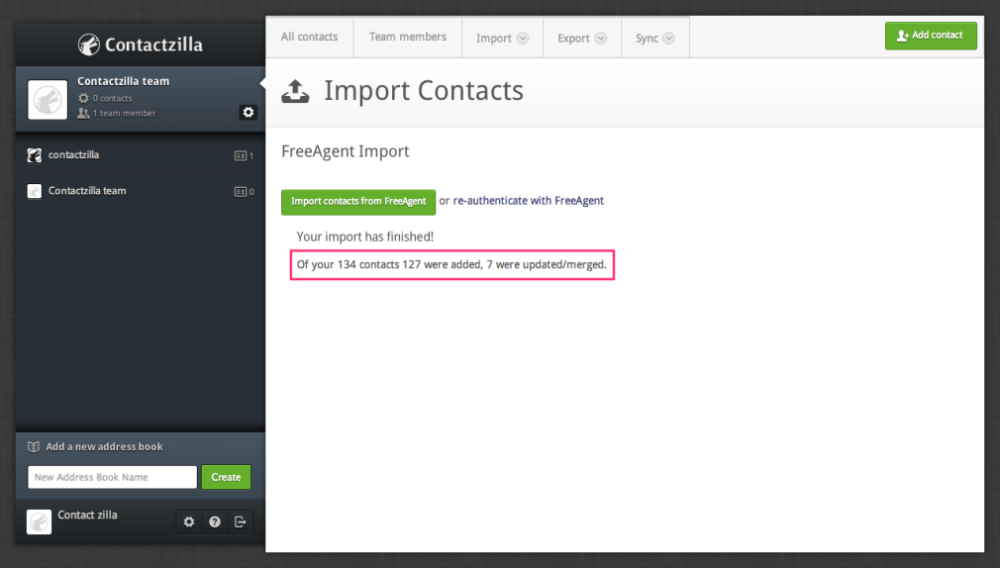 This means that the system has found duplicate contacts and merged them together.

Contacts will only be merged when the system can reasonably detect that 2 or more contacts are duplicates, based on a unique identifier such as email address.

If the system is not sure that contacts are duplicates (for example, when 2 contacts share the same first and last name), they will be flagged as “potential duplicates” which you can organise using the de-duping tool.